Mother Courage and Her Children 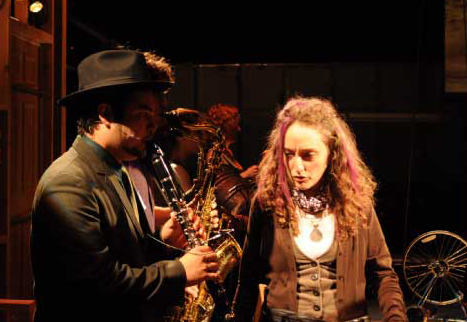 This production of Mother Courage was set in a bombed-out conference room as part of a fictional conference on how to balance family and work in a war environment. The conference presenters ‘presented’ Mother Courage as a case study. Seven actors from the company formed the band, which backed the actors as they sang their songs.

You can check out all ten songs from the show right here: