The contracts are signed, and I’ve received the first check.  I guess it’s official, and I can announce!

I’m delighted to be creating the Sound Design and Score for Cincinnati Playhouse in the Park’s production of the world premiere of SAFE HOUSE.  We open in October.

This will be my first time working with director Timothy Douglas in over five years.  Timothy and I used to work together a great deal, but not so much recently.  I’m looking forward to getting back together with him. Scenic Design Tony Cisek and lighting designer Michael Gilliam, also previously frequent colleagues, are also on-board.

If you’re in Cincy, come check us out! The play (by Keith Josef Adkins) is terrific, and the early designs are very exciting!

Last week, costume designer Mike Floyd and I directed a workshop of a new work.  Our piece, currently titled Elysian Roux, is an immersive site-specific work, using the outdoor public space around a large building as our playing area.  We assembled a great team of designers, performers, and other creatives, and over two weeks, we put together a workshop to explore some ideas that we’ve been having about the work and immersive theatre in general.

Both Mike and I are new to directing immersive theatre, so we had some fundamental questions that we wanted to explore.  Questions about timing, structure, linearity, and obfuscation occupied our dramaturgical brainspace.  Questions about world immersion, exploration of space, and communication of character occupied our design brainspace.  How do you begin to put a piece of immersive theatre together? How do you move it from an idea on paper into an actual event? How do you communicate the ‘rules’ to the audience? How do you find a balance between empowering the performer and building a balanced event?

On Friday and Saturday of last week, we presented our ideas to a small group of audience members.  Mike and I expected to have 10-15 people at each ‘performance,’ but we ended up with closer to 40-50.  Maybe you were there? What did you think?

Here are some photos from our event. Check them out! 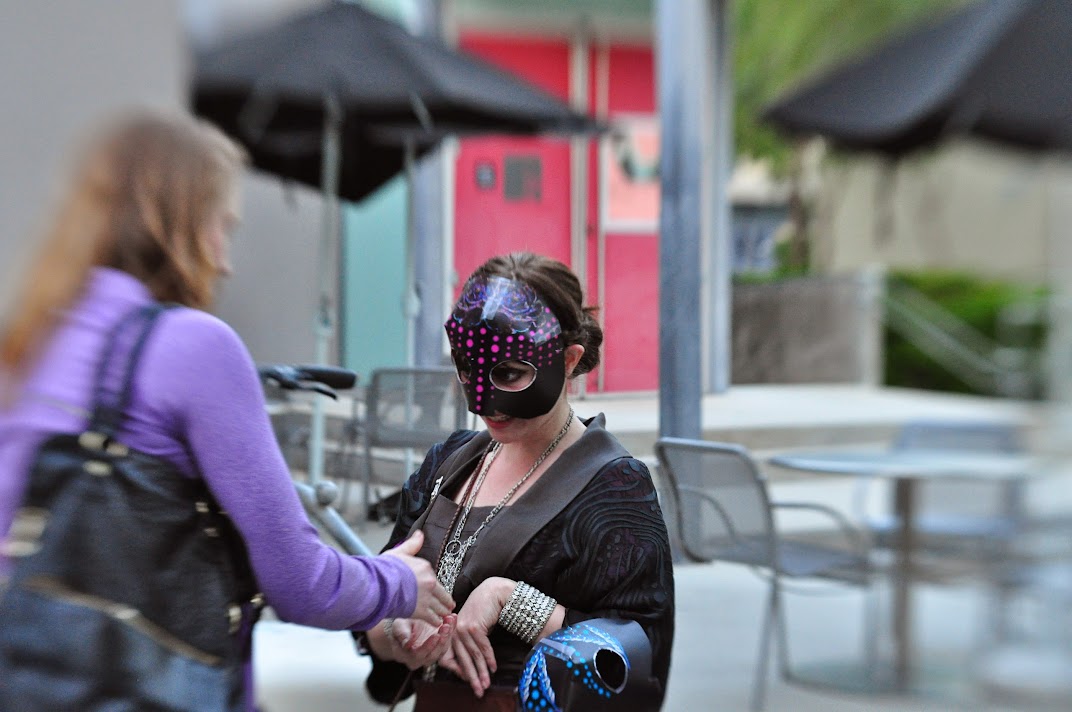 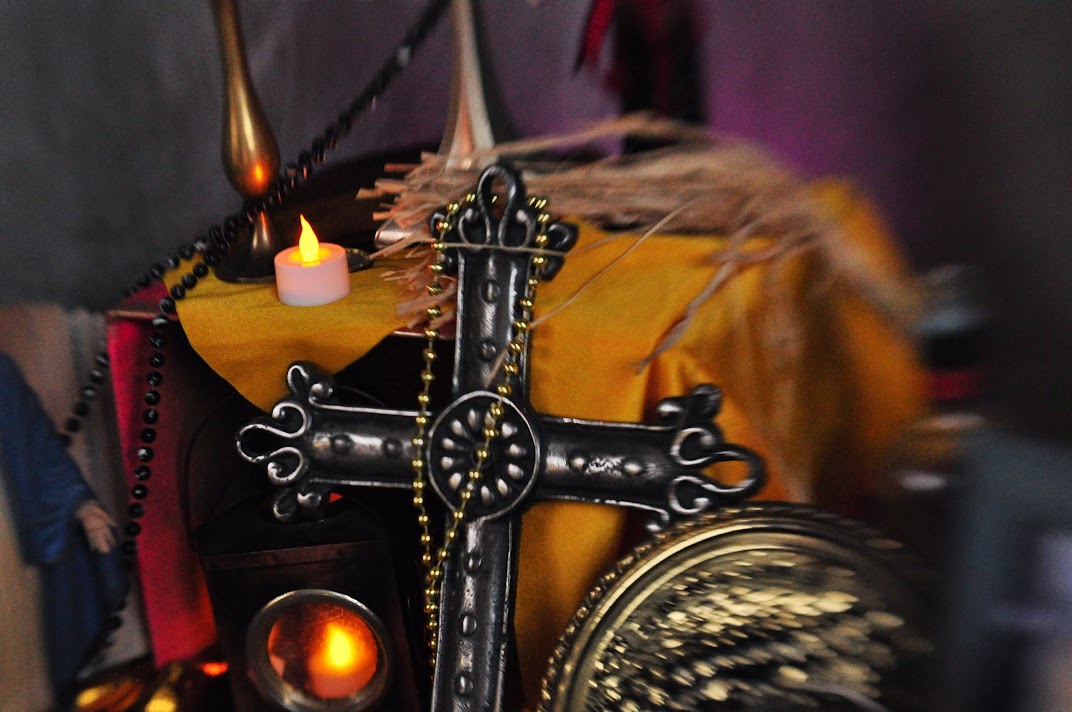 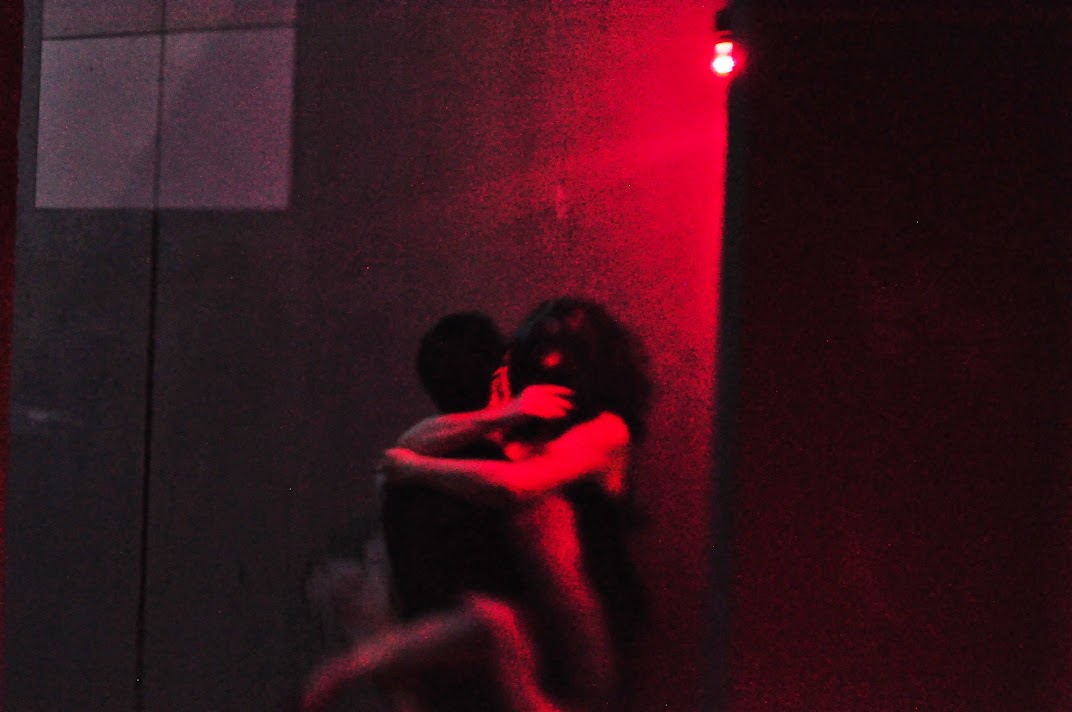 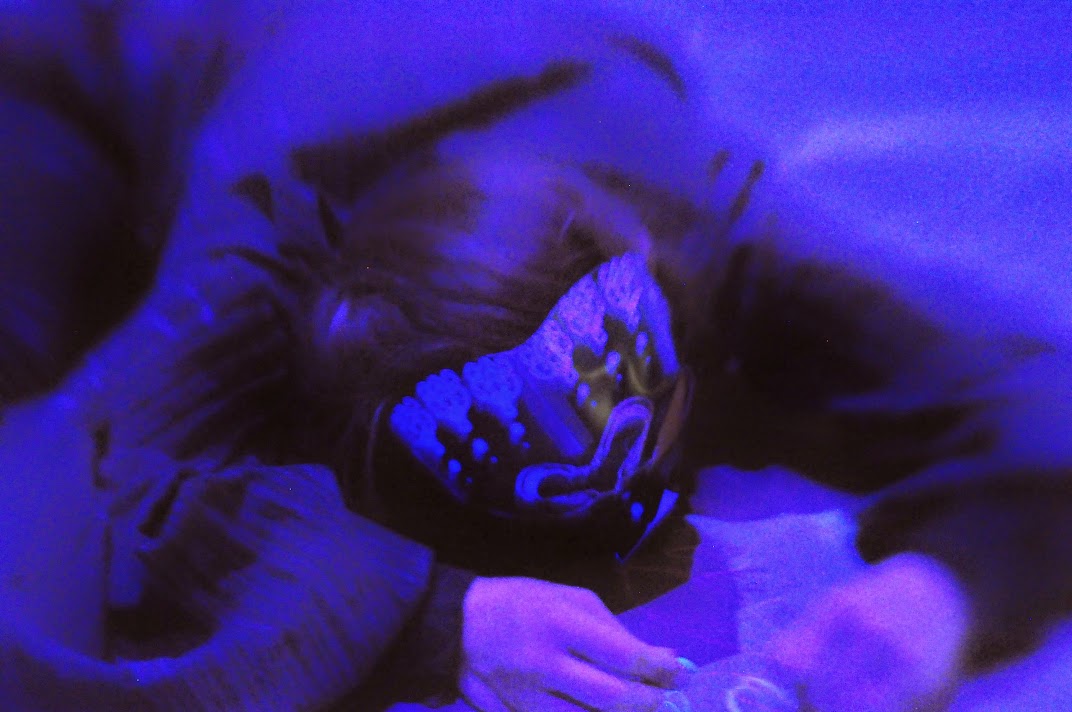 On Friday night, Rachel Bonds’ play Five Mile Lake had its world-premiere at South Coast Repertory.  Under the hand of director Daniella Topol, Bonds’ deceptively quiet text about a group of young people in a small town in Pennsylvania found shone.  I was delighted to create the music and design for the world premiere.  You can check some of the music out here!

Congratulations to everyone involved!  What a terrific production and play.

A lot has been happening lately, and I haven’t gotten a chance to update this site recently.  So, here you go!

Last week, at the USITT conference, my sound-art collective, PUSH THE BUTTON, debuted a sound walk piece. The piece is entitled Hell’s Half Acre and is a four-part walk around the Fort Worth Convention Center.  Hell’s Half Acre refers to the violent den of iniquity that used to occupy the very space that the convention center sits on. Fort Worth was at one end of the cattle drive, so cowboys would gather in Hell’s Half Acre to get drunk and cause trouble. The audio is best experienced over headphones and in Forth Worth, but if you don’t live in Texas, you can still check it out.  Head over here.

I’m also deep into rehearsals at South Coast Repertory for the world premiere of FIVE MILE LAKE, a new play by Rachel Bonds.  Daniella Topol directs this terrifically tricky play.  I’m designing and creating the score, and I’m really proud of how it’s shaping up.  The music is deceptively simple – come check it out and hear for yourself!

Right after FIVE MILE LAKE opens, I go into rehearsals for a workshop of a new piece called ELYSIAN ROUX.  I’m working with co-creator & co-director Mike Floyd to create this piece, which is a site-specific non-linear immersive theatre piece.  We’ll be workshopping it the second weekend in May.

Just after that, I’ll go into tech for THE STINK CHEESE MAN AND OTHER FAIRLY STUPID TALES, a play based on the children’s book, produced by South Coast Repertory.  Jessica Kubzansky directs, and the sound design is shaping up to be very energetic and musical.

That takes me through the end of May.  Not bad for a few month’s work!

Melodies for The Liquid Plain

Here’s a piece I wrote for Stage Directions Magazine on Victoria ‘Toy’ DeIorio’s work on Oregon Shakespeare Festival’s world-premiere production of The Liquid Plain.  An an excerpt for you:

In the early days of rehearsal, Deiorio wrote underscoring and transition pieces without regard for where in the text the music would occur. “I told them that I would just start writing and then we’ll try to plug in where we feel they’re right.” Like the characters in the play, the music was influenced by African, Irish/English and American traditions, and as she wrote and discussed with Kwei-Armah, an aural vocabulary started to emerge for each character. Style, tonality and consonance all began to firm up, and the instrumentation started to coalesce around three instruments: clarinet, violin and mbira (African thumb piano).